Josh Widdicombe has had a remarkable impact on the comedy circuit since his debut gig in 2008 with him now considered one of the most in demand and highly regarded comedians in the UK for both his live stand-up and TV work.

After fast establishing himself on the live circuit supporting huge comic talent such as Stephen Merchant, Kevin Bridges, Michael McIntyre and Alan Carr, Josh has gone on to have two sell-out UK tours and two sell-outs runs at the Edinburgh Festival and an Edinburgh Comedy Awards Best Newcomer nomination.

Widdicombe is best known from the twice BAFTA nominated and multiple Broadcast and RTS award winning Channel 4 series The Last Leg, as well as his critically acclaimed BBC sitcom JOSH and his role as team captain on BBC Two’s Insert Name Here. A regular on our screens, Josh has starred in BBC One’s Live At The Apollo, Would I Lie To You, Have I Got News For You and Celebrity Mastermind, BBC Two’s QI, Mock the Week and Channel 4’s 8 Out of 10 Cats and Alan Carr: Chatty Man. Josh also had a hit Xfm radio show which ran for two years before he left to take over as host of the 5Live show Fighting Talk which he hosted for a couple of years. Amalgamating his love of the 90s and football, Josh is now host of cult 90s podcast Quickly Kevin which has seen them sell out lives shows.

His BBC sitcom aptly named ‘Josh’ saw him star alongside his comedy heroes Jack Dee, Jennifer Saunders and the Chuckle Brothers receiving rave reviews. ‘Josh’ has run for three series and is currently available on Netflix. Never forgetting his stand up roots Josh has had two nationwide tours which were both released on DVD ‘What Do I Do Now…’ (2016) and Josh Widdicombe Live – And Another Thing…’ (2103). 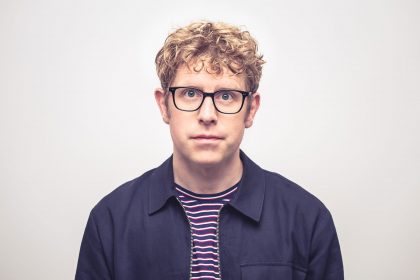 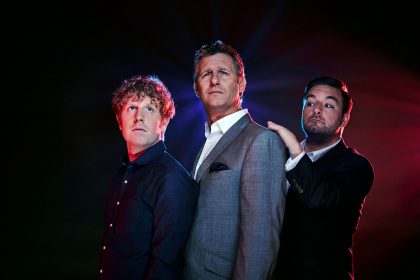