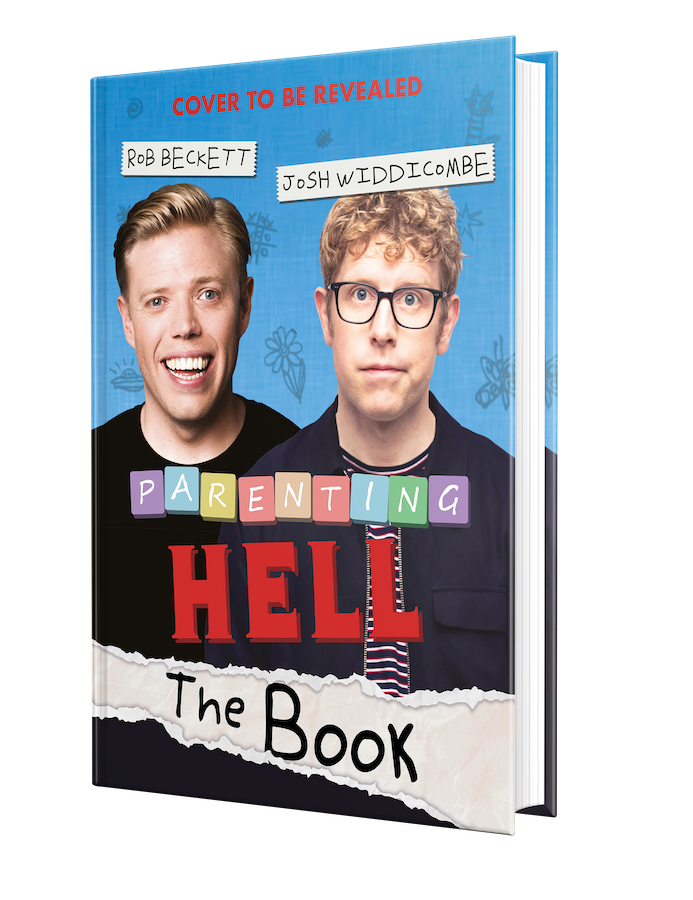 Rob and I have signed a publishing deal. You can pre-order on Amazon here, and Waterstones and WHSmith here.

Focusing on the madness, absurdity and utter chaos of being a parent, the Parenting Hell book will publish in October 2022 in hardback, ebook and audiobook, and will feature some special guests.

The book Parenting Hell sees Rob and I share the challenges and madness of our parenting journeys with lashings of empathy and extra helpings of laughs. Filled with all the things they never tell you at antenatal classes, it’s a charming mixture of humour, rumination and conversation and is aimed at prospective parents, new parents, old parents and never-to-be parents alike.

Now we have been given a book deal it is probably the time for me to admit to myself that complaining for an hour a week to Rob about my life has become the most successful thing I have done in 14 years in comedy. I can only imagine how much people will love it now they can read our moaning in book form rather than having to hear it coming from our annoying accents. 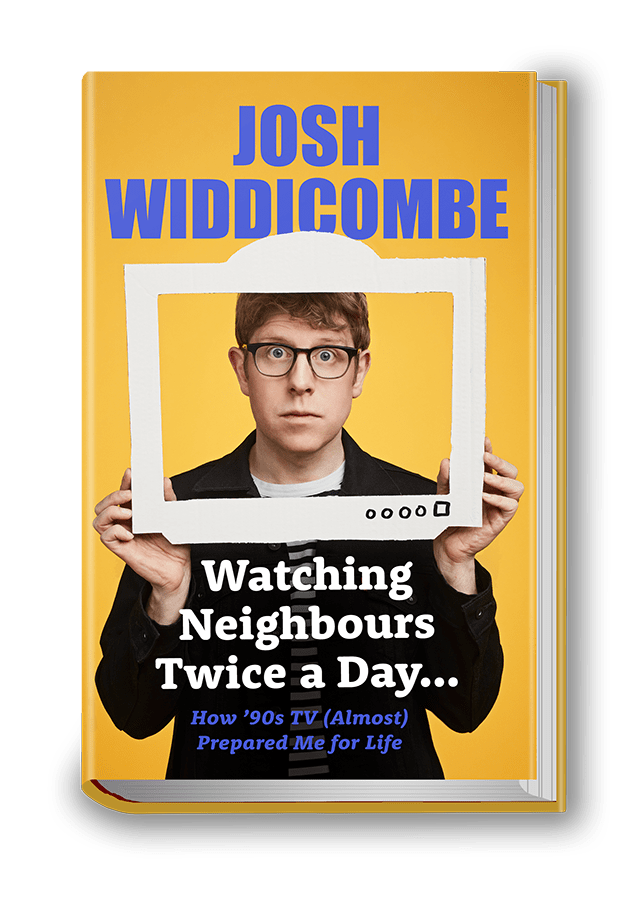 ‘This is a book about growing up in the ’90s told through the thing that mattered most to me, the television programmes I watched. For my generation television was the one thing that united everyone. There were kids at my school who liked bands, kids who liked football and one weird kid who liked the French sport of petanque, however, we all loved Gladiators, Neighbours and Pebble Mill with Alan Titchmarsh (possibly not the third of these).’

In his first memoir, Josh Widdicombe tells the story of a strange rural childhood, the kind of childhood he only realised was weird when he left home and started telling people about it. From only having four people in his year at school, to living in a family home where they didn’t just not bother to lock the front door, they didn’t even have a key.

Using a different television show of the time as its starting point for each chapter Watching Neighbours Twice a Day… is part-childhood memoir, part-comic history of ’90s television and culture. It will discuss everything from the BBC convincing him that Michael Parkinson had been possessed by a ghost, to Josh’s belief that Mr Blobby is one of the great comic characters, to what it’s like being the only vegetarian child west of Bristol.

It tells the story of the end of an era, the last time when watching television was a shared experience for the family and the nation, before the internet meant everyone watched different things at different times on different devices, headphones on to make absolutely sure no one else could watch it with them.

You can buy the book on Amazon here or at your local bookshop here.